It may sound like just another dull law from history, but The Buggery Act wrought international persecution of the LGBTQ+ community for centuries!

OK I know what you’re thinking. Why is the 1533 Buggery Act such a big deal! After all, it’s a piece of Tudor law:

A) that sounds dry AF

B) has nothing to do with me!

Well, if you care about LGBTQ+ rights (or let’s be blunt, basic human rights) than this is a piece of Tudor law that you have to know about!

The 1533 Buggery Act wove a tangled web that stretches throughout history. Beyond those who were caught up in its immediate wake, It’s threads lead us to Oscar Wilde’s imprisonment, Alan Turing’s conviction and the abysmal pit where fundamental rights should be, that the LGBTQ+ community and their allies are still fighting against.

So if that still sounds dry AF, then strap in Donald, because you’re about to get your mind blown.

The Buggery Act was the brainchild of Henry VIII who had a fun habit of lumbering the UK with laws that came out of him wanting to make a point during a hissy fit…yet inexplicably stuck around for hundreds of years at a major human cost (e.g that time he made it legal to execute someone with severe mental health issues) The 1533 Buggery Act was no exception!

But lets take it back to pre-Henry for a second. Prior to 1533 there were no set laws to persecute homosexuality in England. That’s not to say it wasn’t. In the 13th century two legal codes called for men caught having same sex relationships to be buried alive or burnt, which is horrific!

However, these were suggestions, not actual laws and there is no evidence that these punishments were ever carried out. For the most part, the then frowned upon act was dealt with in the ecclesiastic courts (so basically it was left with god and his earthly servants to deal with either after death or in the realm of the church)

“For as moche as there is not yet sufficient & condigne punishment appointed & limitted by the due course of the lawes of this realme for the detestable & abominable vice of buggeri committed with mankind or beest.”

It goes on to explain the possible punishments for those caught committing ‘buggery’:

“And that the offenders being herof convict by verdicte, confession, or outlaurie, shall suffer suche peynes of dethe, and losses, and penalties of their goodes, cattals, dettes, londes, tenements, and heredytamentes, as felons benne accustomed to do accordynge to the order of the common lawes of this realme. And that no person offendynge in any suche offence, shalbe admitted to his clergye”

Obviously the clear biggy here is ‘pain of death’, but right at the bottom of this portion of transcript there’s the sentence:

‘And that no person offending in such offence shall be admitted to his clergy’ – that right there is the crux of this whole piece of legislation.

Because why create The Buggery Act and criminalise same sex relationships at this particular moment in time?

To persecute the Catholic Church of course!

If you’re thinking , ‘that makes little to no sense’, gold star! It doesn’t… well at least until you break down what was going down in 1533.

You see, until the 1530’s England had been part of the Catholic Church. But, Henry VIII was desperate to break away from the church as it wouldn’t grant him a divorce so he could marry his side chick, Anne Boleyn. So Henry decided to create a new church for England, one that he’d be the head of (and wouldn’t you know it, the head of this new church just happened to be A-ok with divorce).

Sadly creating your own church doesn’t magically erase your countries already existing, centuries old religion overnight. So Henry worked with his right hand man, Thomas Cromwell, to loosen the tight hold Catholicism had on England and for a double win, also siphon it’s money to Henry.

The 1533 Buggery Act was just part of this plan. It was solely designed to take away a little bit of the power away from The Catholic Church, not to actually persecute homosexuality.

And yet this law was about to take its first victim.

By 1540 the Buggery Act had done its job. The Catholic Churches hold on England had been loosened, Henry had married Anne Boleyn (and then had her executed), married again (this time she’d died in childbirth) and was onto marriage number four. Thomas Cromwell had played Cupid for these nuptials, hooking Henry up with his new wife, Anne of Cleves. Sadly Henry wasn’t a fan of his new bride and this was such a big no no that it led to Thomas Cromwell’s death.

But as is probably clear by now, Henry was a petty bitch, and so he made sure that when Thomas went down, he wasn’t going alone.

On the 29 June 1540 Thomas Cromwell was beheaded for treason and his mate, Walter Hungerford, became the first person to be executed under The Buggery Act (among other allegations).

A bloody punishment, with the Buggery Act added as an extra dollop of humiliation for Hungerford and as an additional middle finger to Cromwell who’d helped create the act.*

*side note: before we start feeling really sorry for Walter Hungerford, he was an abusive man who imprisoned his wife to the extent she had to drink her own urine to survive. So you know. Maybe hold the sympathy cards. 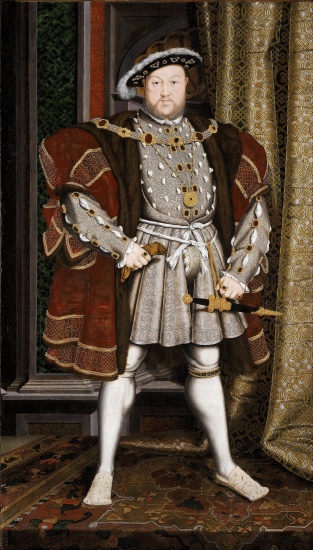 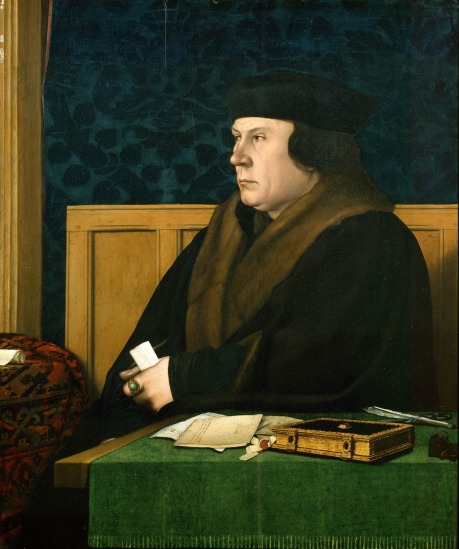 Thomas Cromwell
Ok, that was A LOT to take in. So let’s pause and take a quick moment to  look at where we are:

So, we can all agree that thus far, The Buggery Act is a very bloody farce. But that does that mean it’s done?

Though the law was repealed by Henry VIII’s daughter, Queen Mary I in 1553 (who wanted power over this to go back to the Catholic Church and it’s ecclesiastic courts), once she died, her successor and sister, Queen Elizabeth I made the Buggery Act law once more.

And from there it started to truly transform into a law for persecution.

For much of the 15th and 16th centuries arrests and executions under the Buggery Act were few and far between. However, that didn’t happen stop this horrifying law from spreading.

One of the huge issues of The Buggery Act being a law, was that Britons leaving the country took it with them. Take for example those plucky puritans who set sail for the brave new world of America – alongside terrible hats and a smattering of racism, they made sure to also pack legal persecution!

And so the legal execution of people for homosexuality began in a new country. In 1624, Virginia hung Richard Cornish, a ships captain, for ‘forcible sodomy’ of his ships 29 year old cabin boy.

Two years later, Massachusetts hung William Plain on allegations of sodomy that took place in England (so before he even moved to America!).

That same year, the countries New Netherlands colony successfully managed to achieve the discrimination trifecta when they used the Buggery Act to strangle and ‘burn to ashes’, Jan Creoli, a poor black gay man.

If you thought things were bad, they are about to get even worse.

Back in Britain, a more vocal queer community was starting to appear, thanks to the underground popularity of Molly Houses (places where queer men could be free to openly show their sexuality, kind of the great great great grandfather of the small town gay bar). But this emerging light in the dark attracted the worst kind of people and they dedicated themselves to eradicating what they saw as the gay scourge.

One such group was the catchily named, The Society For The Reformation of Manners. Determined to rid London of its LGBT subculture, they worked undercover to infiltrate Molly Houses, gather evidence against its users and then together with the police, raid them.

One such raid was that of Mother Claps house in 1726. Dozens of men were rounded up and arrested, with several fined and pilloried. But that’s not the worst of it.

The Society For The Reformation of Manners successfully helped to leverage the Buggery Act to hang three of the arrested men for the crime of having sex, or as one witness spat out during the trial:

‘Making love to one another as they call’d it’

During the 1800’s the executions continued. Trials for men accused under The Buggery Act sprung up across England. Some of those found guilty had the relative luck (though the chance of survival still wasn’t great) at instead being transported to Australia, but others weren’t so lucky.

The last men executed under The Buggery Act were James Pratt and John Smith, in 1835.

A husband and father, James Pratt, met with John Smith in August 1935, at an ale house in London for a drink. The pair then got chatting with an older man, William Bonill and went back to his rooms.

William Bonill soon left to get another drink at the pub, leaving James and John alone. It was after this that Bonill’s landlord reported finding the pair having sex.

Neither James Pratt or John Smith stood a chance in court. If you are in any doubt on that front, just read the opening transcript from John Smith’s prosecutor.

‘Their doom was sealed; no plea could be urged in extenuation of their crime, and they well knew that for them there was no hope in this world.’

He was, of course, right. Of seventeen others sentenced to death at the same time as John and James (for crimes including attempted murder) all had their sentences commuted to transportation to Australia. All expect John Smith and James Pratt.

A huge crowd gathered outside Newgate Jail to watch their deaths.

Watching his (possible) partner, John Smith, being blindfolded and his noose put on, caused James Pratt an understandable level of anguish. He reportedly went physically weak, needing help just to stand and calling out:

‘Oh God, this is horrible. This is indeed horrible.’

Though we don’t have clean cut evidence that the two were in a relationship, it’s hard to read this as anything other than love and the devastation of James knowing what his partner was about to go through.

Which I think summarises the pointlessness and brutality the Buggery Act had on all those who feel under its wake. Of it’s last two victims; two men who just wanted a private moment to be together and died because of that.

The Buggery Act remained in place in one form or another until 1861 when the Offences Against The Person Act replaced it.

The new law abolished the death sentence for ‘buggery’, instead punishing those convicted with a prison sentence of up to life. In 1967 the laws around homosexuality as an illegal act were dropped.

All of this, because in 1533 a pissed of King set up a law that he hoped would bring down a religion – the persecution of thousands if not millions, was just secondary.

If you want to read up more on this and other areas of LGBT+ history (and please do!) some great sources are below: