The role of women in World War II was huge. From the Bletchley Park Codebreakers to the brave nurses that took to the battlefield to save lives by the thousand. Yet it’s only now that we’re discovering many of these stories.

That includes the lives of the 4 women we’ll be looking at today. Women who overcame thanks to their bravery, smarts and a unending determination. Seriously, these women’s stories, it’s inspirational badassery on steroids, that will have you shouting ‘why isn’t this a movie!?!’

So, Lets get started!!

*warning: This does get pretty intense and bleak in place…because.. well, it’s war.

1. Faye Schulman: The girl who would not be silenced

When Faye Schulman was 22 her entire family were murdered in a liquidation of a polish ghetto.

Faye alone was spared; thanks to her skills as a photographer, Which the Nazis made Faye use, by forcing her to develop pictures of their atrocities – including the murder of her family.

Determined to make sure people would know what happened to her family, Faye secretly kept a copy of the pictures.

Then she resolved to escape and do everything she could to fight the Nazi regime.

Faye miraculously managed to escape and she joined a band of partisan fighters, made up of escaped prisoners of war.

But, the group weren’t exactly convinced they wanted Faye around. Partly because she was the sole woman and partly because Faye had no military experience and was afraid of blood and guns.

Not exactly the ideal rebel fighter.

But Faye refused to give in. She worked her arse off, learning to shoot and training in combat.

Then when she realized that the nobody in the group had medical training, she overcame her fear of blood to self train as a nurse!

Throughout her time with the partisans Faye saved countless civilian and military lives, thanks to her new medical skills. She also took part in dozens of missions and raids, to slow down the Nazi’s progress and rescue Jewish people.

However Fayes greatest accomplishment was her pictures.

Over 2 years, Faye took hundreds of pictures. She developed pictures under blankets, even burying her camera and film in the woods, to keep it out of enemy hands.

She was determined that people see the the atrocities being carried out and the resistance fighting back. As Faye put it:

‘I want people to know that there was resistance. Jews did not go like sheep to the slaughter. I was a photographer. I have pictures. I have proof.’

After the war Fayes pictures helped the world understand the atrocities of the Nazi regime and the unsung work of the resistance.

She continued working as a photographer and speaking out about her war experiences.

In 1943, Noor Inyat Khan became the first female secret radio operator sent to Nazi occupied France. It was an incredible achievement, which was somewhat lessened by two things:

Noor had a lot of things going for her that made her the perfect spy! She was:

Not to mention that as a firm pacifist Noor refused to tell a lie or use any form of violence…both pretty vital skills for a spy!

So it’s not exactly surprising that British Intelligence weren’t desperate to get Noor in the field. But then the Nazis occupied France and everything changed for Noor.

Having spent her childhood in the France she was determined to do everything she could to protect its people.

So she did a complete 360; trained even harder, built up her skills and soon proved herself to be one of the most whip smart and focused people on the books of British Intelligence.

When Noor was dropped into Paris in 1943 she was ready; which was good…because within days of her arrival in Paris every other radio operator was captured by the Nazis.

But Noor stuck it out, knuckled down and to everyone’s surprise she fucking nailed it!

She ran an entire radio network solo, intercepted messages and passed along vital intel – all whilst constantly on the run from the Nazis.

When the British offered to evacuate Noor, she refused. Twice. Despite all the danger, she just wouldn’t leave her post unmanned.

The sweet gentle Princess that nobody thought would last a week, had proved herself to be a badass with bravery and smarts beyond comparison.

5 months after Noor started her work, her cover was blown after she was sold out. And so Noor found herself imprisoned by the Nazis.

But in typical Noor fashion, she refused to let that stop her doing her work.

Within hours of her capture, she snuck out her cell and was soon leaping across rooftops to freedom.

Sadly the escape bid didn’t work. She was caught and dragged back to her cell where she underwent intense interrogation. When she refused to say anything, the interrogation became merciless beating.

So, she was kept shackled and barely fed in solitary confinement.  Her only contact, the soldiers who provided her with daily beatings.

This was Noors life for 10 months. 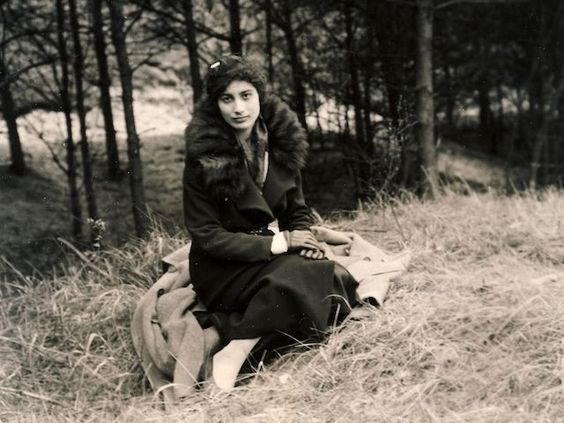 Eventually Noor and three other agents were transferred to Dachau where they were to be executed.

Whilst the other agents were quickly dispatched, Noor was kept alive for one more day of torture, a last attempt at getting information.

Again she refused to give up any information. And so on the 13th September 1944, Noor was executed.

The last words of the woman that defied so many and saved even more:

3. Suzanne Spaak: mother of the resistance

Suzanne was one of those women who was just born to be a mum. A proud mother of 2, she lived for her children; filling their Paris home with laughter and love.

And then World War 2 hit…

Suddenly the world wasn’t so bright. Her home had been invaded and all around Suzanne, families were being torn apart by the new Nazi regime.

Suzanne found it harder and harder not to do anything. So in 1942 this housewife and mother joined the French Resistance.

The other members of the resistance weren’t overly thrilled at their new addition of a housewife and mother with no military experience. Sure she would be at best a failure and at worst another body for them to clean up.

They couldn’t have been more wrong.

Suzanne was fearless. She refused to back down from any assignment and when operations went tits up it was Suzanne coming up with intelligence solutions to save thr day.

And Suzanne didn’t stop at proving the resistance wrong.

Determined to get as many Jewish people to safety as possible, she risked everything to get ration cards and fake IDs for Jewish families.

Then using skills she picked up as a Mum, she firmly reminded Paris’s religious elite and hospitals, that actually they were morally bound to protect and house those in need…so could they please get their shit together, do their damn job and start housing Jewish refugees! (basically ‘do your homework’ on a whole new level)

She helped lead an operation to save more than 60 Jewish children who had been marked for deportation.

Hiding several in her own home, Suzanne risked her own families lives. Not only that, but she convinced others to do the same until all 60 children were saved.

In 1943 Suzanne got wind that her arrest was imminent. She stayed calm (again, mum skills!) and passed along names for all the Jewish children and families she was yet to save, so that her work could continue.

Suzanne was arrested and in 1944 she was executed.

But her legacy lived on and thanks to her, countless Jewish children and families got out of Paris alive.

Nancy was a constant thorn in Hitler’s side. A glamorous gun toting spy with buckets of smarts and sass, she was soon no1 on the Gestapos most wanted list.

Born in poverty in New Zealand, Nancy showed her steely determination from a young age.

She doggedly worked to make something of herself, training as a journalist and eventually marrying a French man and moving to Paris. There Nancy was forced to watch in horror as her new found home was taken by the Nazis.

You see in her work as a journalist she’d witnessed Hitler’s rise first hand. Once on a trip to Vienna Nancy had seen Hitlers’ brown shirts mercilessly beat men and women in the street.

Nancy knew one thing – she sure as fuck wasn’t letting that shit happen – not in her home!

So Nancy risked it all and joined the French Resistance. Working as a courier and also rescuing RAF pilots, sheltering them and then at night getting them across the boarder and the fuck out of dodge.

Soon Nancy had the nickname ‘the white mouse’, for her ability to run rings around the Gestapo. Sadly for Nancy they soon caught up with her.

The game of cat and mouse was over and the Gestapo were all set to capture Nancy… but then Nancy got word of the imminent arrest.

So she kissed her husband goodbye and went on the run.

The Nazis raided their home, tortured her husband and after he refused to give her up, they executed him.

This only served to make Nancy pissed off and even more determined. She later said:

‘In my opinion, the only good German was a dead German, and the deader, the better. I killed a lot of Germans, and I am only sorry I didn’t kill more.’

Nancy traveled to Britain where she became a Special Operations Executive. She was trained in guerrilla warfare and dropped back in France.

Here she lead thousands of Resistance fighters in successful battles to reclaim occupied towns. She raided supply lines, cut train lines and once cycled over 300 miles in 70 hours to replace lost wireless codes!

Basically Nancy did everything she could to piss of the Nazis and stop their progress; she even claimed to have killed an SS with her bare hands!

By the end of the war Nancy was the most decorated allied woman. Dripping in medals from multiple countries!

But being Nancy she shrugged it off, sold the medals and lived comfortably off the cash for the rest of her live; saying:

This was really interesting! Where can I find out more? Well lets break it down for each of the ladies:

Faye Schulman: Faye has continued to talk about her experiences during WW2 and you can find an amazing video of Faye doing just that, HERE!

Noor Inyat Khan: There a few really great books on Noor, one of these is Spy Princess by Shrabani Basu, I think it does a really good job of showing Noor as a full person.

Suzanne Spaak: Urgh, there are no really good further reading sources for this one! However, in October 2017 a book on Suzanne is coming out, Suzanne’s Children: A Daring Rescue in Nazi Paris by Anne Nelson. So fingers crossed guys!

Nancy Wake: You are really spoilt for choice here! Russell Braddons, Nancy Wake, is an easy popcorn read on her (in fact several people in the Amazon comments initially thought it was a novel…) theres also a Docu-Drama on Nancy (the whole thing may currently be on YouTube…just saying)