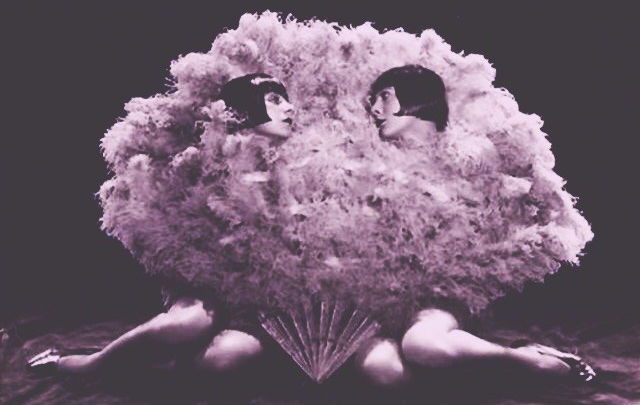 On July 8th 1907, a glitter covered juggernaut was set loose on the world, as producer extraordinaire Florenz Ziegfeld, premiered his latest theatrical work on a New York rooftop.

The Ziegfeld Follies was a musical revue that would change the face of theatre. With a level of spectacle never before seen, songs from the likes of Irving Berlin and Gershwin, elaborate costumes and scenery and of course… The Ziegfeld Girls.

The Ziegfeld Girls were the main attraction. Row after row of talented and beautiful women, intricately dressed in the most dazzling of costumes, all dancing and singing in perfect synchronization. They were an immediate public obsession. Dubbed:

‘The Most Beautiful Girls In The World’

But who were these girls and what happened to them after they were the most ‘beautiful girls in the world’? Well lets take a sample of three women, whose lives after Ziegfeld were sexy, scandalous, tragic and in one case…Nazi ridden.

If you Google Peggy Hopkins Joyce, one word will immediately pop up:

I know right! An ex showgirl turned gold digger – it’s like a room of monkeys all hit typewriters at the same time and came up with the worlds most stereotypical story!

So it’s safe to say I don’t buy into the whole gold digging hoe thing. Did Peggy marry for money? Errr yeah, for sure! Several times – hell, she claimed to have been engaged 50 times!!!

But she was also one of the most entrepreneurial , hilarious and full of life women that ever called themselves a Ziegfeld Girl:

In 1915 Peggy turned up in New York on the hunt for fame. She was already two husbands deep (one a bore she married as a teen, who just wasn’t cool with her having all the affairs. The other a Washington Society lad who just couldn’t keep up with her)

Florenz Ziegfeld spotted Peggy performing and immediately hired her. The press immediately went mad for the twice divorced runaway bride and she took advantage of her new fame by securing herself lucrative film roles.

In 1920 Peggy married hubby no3, millionaire, Stanley Joyce. Incase there was any confusion on why she married him, Peggy locked herself in the bathroom on their wedding night and refused to come out for anything less then $500,000…

Unsurprising the marriage was short lived, but the divorce made her a tabloid sensation!

Now Peggy owned that shit. Seriously, she had Kardashian levels of brilliance for maintaining a career based on doing absolutely nothing. And say what you will, but it takes a lot of business intellect to pull that off!

And so, Peggy became one of the worlds first international fashion icons; the papers bursting with her sexual exploits and daily scandals.

In 1924 she was married again (no I don’t know either) to Swedish noble, Count Karl Gustav Morner. The marriage lasted two whole months.

By this time Peggy had also had affairs with Charlie Chaplin, a Greek Prince and MGM heavyweight, Irving Thalberg. A man had legitimatly killed himself after she refused his proposal and her name was public shorthand for misdeeds (seriously Irving Berlin & Cole Porter wrote songs about her!!)

Peggy was bigger than ever and she kept capitalising on her fame, staring in films and stage shows. 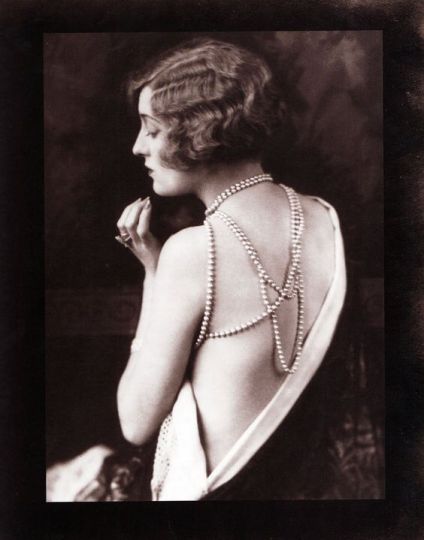 In 1945 she married husband number 4, generating even more press after she announced would be omitting the ‘obey’ from her vows (pause for applause).

Though the marriage got press…it didn’t last (is it a shock at this point??)

But in 1953 Peggy married for the 6th time, to Andrew C. Meyer, a former bank teller who she’d met when he worked in her local branch. This time, the marriage actually stuck!

Peggy settled down with her partner, living in relative obscurity until her death in 1957.

But that wasn’t the last of Peggy Hopkins Joyce

You might have heard of a little film called Gentlemen Prefer Blondes. Yeah…Peggy is the inspiration for the Marilyn Monroe character, Lorelei Lee.

Olive Thomas was to be the first in what would be a long line of starlets. Beautiful, young, talented, on the cusp of truly iconic fame when she died a horrible, tragic and deeply suspicious death.

Olive worked as Ziegfeld Girl following success as a model. She rose to become one of the follies breakout successes, starring in a risqué (read, topless) spin off show, Midnight Frolic and even had an affair with Florenz Ziegfeld.

In 1916 she moved from stage to screen, taking her talents to a Hollywood and becoming one of silent films most hotly tipped starlets, known for her champagne habit and sultry film presence.

‘We got along so well on the dance floor that we just naturally decided that we would be able to get along together for the rest of our lives.’

By October 1916 they were married. Now far be it from me to say marrying someone based on their fancy footwork isn’t nescarily the best idea…but shit went down hill real quick.

Olive and Jack spent most of their time fighting. Jack didn’t let the ring on his finger stop him for sleeping with anything that moved, even contracting syphallis and probably passing it to Olive (sharing is caring!)

Just 4 years into their marriage and Olive and Jack were on the rocks.

So they hot footed it to Paris for a make or break second honeymoon… where things just  went from bad to worse.

Olive and Jack rolled back into their hotel in the early hours of the morning, after indulging in some Parisian nightlife.

Jack claimed he was in bed when he heard a scream and crash of glass from the bathroom. He rushed in to find Olive on the floor, an empty bottle of mercury bichloride beside her.

Now there’s no coming back from mercury poisoning, a well known fact in the 1930s (after all it was a popular medicine for STI’s!) Yet Jack forced eggs, milk, butter and glass after glass of water down Olive, all in what he claimed was a vain attempt to save her.

Sadly this wasn’t the case and Jacks efforts left Olive in agony and burned out her vocal chords…so she couldn’t say what had happened.

A week later, Olive was dead. 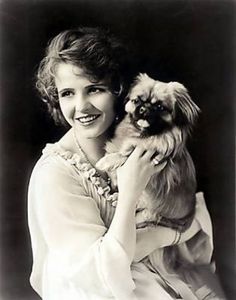 Olive was buried on 29th September 1920, with a champagne glass in her hand.

A swarm of fans mobbed the funeral, in floods of hysterical tears, fainting at the sight of Olives coffin.

It was spectacle that had never been seen before, but one that would soon became what Hollywood was notorious for.

As for Jack, he married again (twice in fact! Both Ziegfeld Girls – he had a type)

But he never got away from the rumour that he had in fact murdered Olive, frying her vocal chords to prevent the truth from ever coming out.

Compared to the other Ziegfeld girls, Mona was pretty over qualified, with years of dramatic training under her belt and lofty dreams of becoming a ‘serious actress’. Still, she worked hard, hopeful that being a Ziegfeld Girl was just the stepping stone to her becoming the theatre worlds most adored leading lady.

But years later she was still there – in back, no closer to swapping sequins for Shakespeare

Then in 1930 Mona’s mum died. To make matters worse she was turning the dreaded 3-0 which in Ziegfelds world was a sure sign your P45 was on its way.

And so Mona decided her theatre dreams were just that, dreams.

She packed up her tap shoes, met a nice man, got married and quietly moved to Amsterdam.

In 1940 the Nazis occupied Holland and Mona found herself living under Nazi rule.

Doubly not ideal if like, Mona, you’re Canadian and therefore a British subject!

Unsurprisingly Mona’s husband wasn’t a huge fan of his wife staying in Holland. He wanted her to flee to safety. Mona disagreed. She was already in danger…so why not go all in?

Her husband supported her decision and together they worked tirelessly to help countless allied soldiers flee Holland. Sheltering them in their huge house and then smuggling them across the boarder at night.

Things went smoothly until late 1941, when Mona returned home to find a bunch of SS hanging out in her house.

Somehow she managed to get a message to her husband, telling him to get the fuck out of dodge.

With her husband safe, Mona was on her own with a ton of SS.

It was time to put those acting chops to use and perform the greatest role of her life…convincing the Nazis of her innocence.

In December 1941 Monda  was put on trial…a trial which took place entirely in German….which Mona didn’t speak. But she knew enough to know what ‘todstrafe’ meant

Mona appealed the sentence and so she spent the next few years languishing in some of Europes worst prisons.

Whilst waiting in a train station to be transported to yet another prison, Mona noticed a pale and deathly thin prisoner…it was her husband.

She was devastated, for so long the only thing that had kept her going was knowing her husband was safe. And now here he was.

Mona ran to her husband. The two held each other for as long as they could before they were torn apart by guards.

By 1945 Mona was in Vechta prison camp. Doing hard labour and expecting death.

Then on 24 March 1945, the camp was woken by the sound of allied bombing. Mona and Wendeline held hands and waited for whatever would come next… when their cabin was hit by a wave of debris.

An allied bomb had hit the camp. In the confusion, the guards lost sight of the prisoners. Mona saw her chance and with Wendeline she ran for her life.

Three weeks later, Canadian Soldier, Clarence Leonard, was approached on the Holland border by a startlingly emaciated woman. She was bare foot, barley dressed for the weather and suffering from sceptocemia. Her name – Mona Parsons.

Mona was reunited with her husband, who had also somehow survived and moved back home to Canada, where she lived a quiet life, occasionally regaling local children with stories of her life that were surely to incredible to be true…

This was really interesting! Where can I find out more? Well…As you may have guessed I bloody love The Ziegfeld Follies (back in the day my university room was papered with pictures of Ziegfeld Girls, because I’m hella basic, but too nerdy for a Marilyn or Audrey poster)

Sooooo, let me know if you’d like some more posts on the ladies of the follies, because I’m 100% down! Hit me up on the Facebooks, Twitters or in the comments and let me know.